The American Boeing Aircraft Company's ''attempt'' to provide ''quality'' Fighters to The US Navy during World War II, their XF8B was envisioned as a Multi-purposed Fighter Aircraft. Seen to be deployed as a Long Range, Carrier-Based Fighter, The XF8B was also designed as a Dive Bomber-Fighter, Air Cover Fighter and Recon Craft. The ''Five in One'' (as marketed) Fighter did well in test trials in 1944, but their cost was negated by the fact that The War was winding down. As such, only (3) were ever produced, and none saw combat. 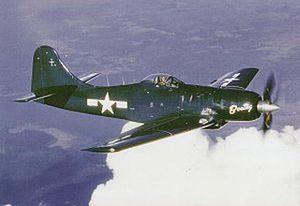