The Tonarigumi was a Civilian Organization formed to assist in Fire Fighting, Food Distribution and Internal Security issues, inside Japan – during World War II. Organized in neighborhood ''cells'', the vast majority of Tonarigumi were Women, The Elderly and those Invalid Soldiers. They were created in 1940. However, the usage of Civilian Assistants by The Military can be traced back Centuries in Japan (when, during War – The Tonarigumi helped in harvesting and maintaining food stuffs).

While they were seldom armed (as with The Volunteer Fighting Forces), The Tonarigumi were used as Informants. Many would be trained to work as Enemy ''Aircraft Spotters'' as well as Coastal Craft Observers (much in the same way). In 1947, under American Occupation Authority, The Tonirigumi were disbanded. 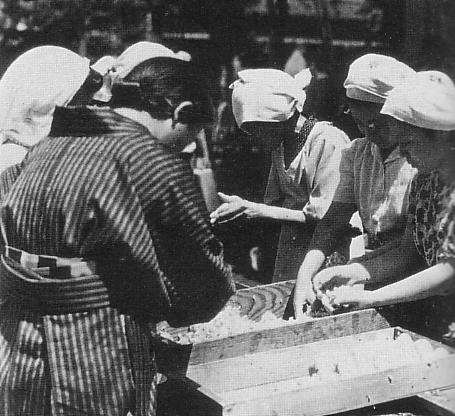