Of Germany's ''Wonder Weapon'' Series, The DFS-346 was a ''Rocket'' powered, swept-wing Aircraft seen for multi-purpose usage by Germany in the last years of World War II. (4) prototypes were designed, built and tested in 1943. Seen initially as a failure – Hitler nonetheless wanted designed to be refined and the testing continued. The DFS-346 was envisioned as a stop-gap to be used against Allied Bombing Squadrons. After Germany's fall in 1945 – The Program was captured by Soviet Forces. The Soviet Version of testing of The ''Rocket Plane'' would continue well into 1951.

Crewed by (1), The 346 was 45-feet in length with a 30-foot wing span. Power was provided by a Walter HWK Rocket Engine. This produced 7,100-IBF of Thrust. Speed was estimated at over 1,700-mph (but was actually recorded at 560-mph). It could supposedly achieve 114,000-feet. Armament was never progressed in The German version. 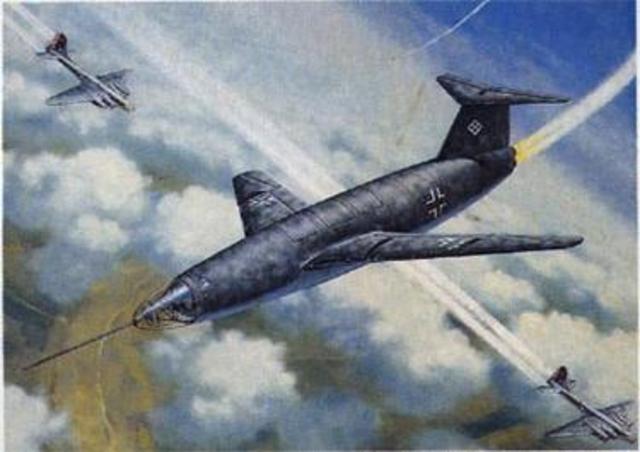