The British Fairey ''Spearfish'' was a Dive/Torpedo Bomber that was a Carrier-launched Fighter deployed by The Royal Navy. Seen as revolutionary, World War II ended before full production could go into effect. As such, only (5) were ever produced. They saw no active combat service. After the War, the (5) were used in various Military projects as targets for Britain's early Jet Fighters. The last ''Spearfish'' was destroyed in 1952. 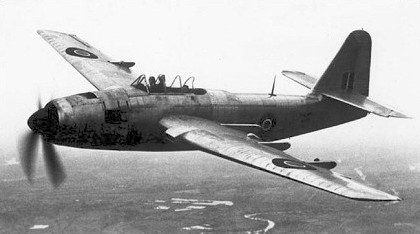