The Jeffery Armored Car was the first US Armored Car deployed for use by The US Army prior to World War I. They were first used against Mexican Bandit Pancho Villa when His Forces began to raid into The US Border States of Texas and New Mexico (1916). Canada purchased The Model for it's Army as well. It was these Models that were used by The Canadian Army in The War (with some even being used by The British in India). By the time of America's involvement in World War I however, other Models were adopted for War use. Those still in use in The United States were regulated to National Guard use. By the 1920s, other than a few Models used by State Police, none were in US Service. The Jeffery Car was 18-feet long and 8-feet in height. Crewed by (4). It was a 4x4 Wheeled, 4-Cylinder Engine powered Vehicle. Armor plating was between .05 and 1-inch throughout. The Jeffery supported up to (4) traversing Machine Guns of various Types. 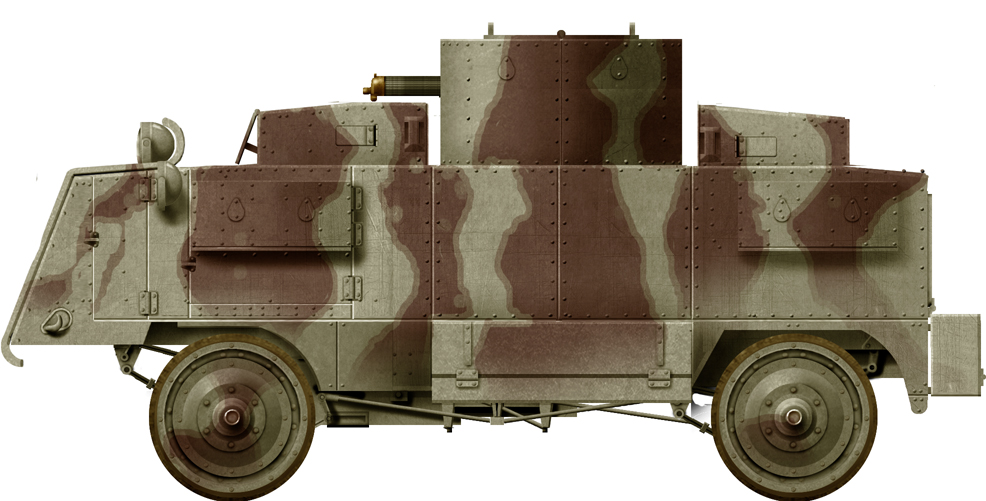