First prototyped in 1916, The US CLB 75 was a privately produced Armored Fighting Vehicle, intended for service in Europe during World War I. Whereas The US had not become officially involved in that conflict, many Companies became to develop Tanks and related equipment for possible Military use. The Holt Company of California designed an innovative (if useless) version called The CLB 75. This ''Tank'' was in essence a massive Farming Tractor, to which was added a large iron cylinder (enclosed). The ''Turret'' was fixed. This created the obvious problem of having to totally turn the entire vehicle to reposition and re-fire it's Gun.

Nicknamed ''The Tracklayer'' and ''Bison'', The CLB 75 was Steam powered, they were 20-feet in length and stood roughly 14-feet tall. Slow (at just 8-mph), a variety of Main Guns were used. The CLB 75 was never contracted for Federal use, but the (4) produced were used by The California Army National Guard for training purposes in 1917. 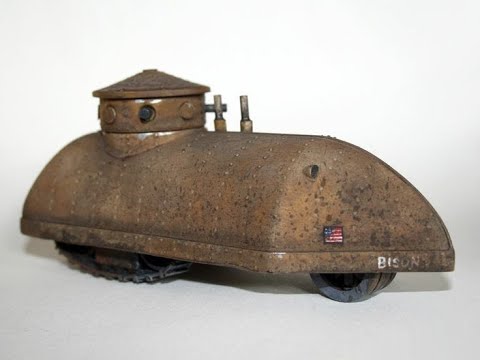