The phrase ''Fokker Scourge'' was used by British Newspapers between 1915 and 1916, to describe the German Air Superiority in the skies over France. The term actually had two meanings. The first, was related to Germany's excellent development of Front Line Fighters and overall training disciplines. Improved aircraft engines, synchronized machine gun improvements, all contributed to quite frankly better Fliers and better ''Warbirds''. The Allies had to ''catch up'' (and quickly) – or lose The War.

The second theory of ''Scourge'' came from Anthony Fokker – a Dutch pioneer Pilot and Aircraft designer. His ''Fokker'' Series of Fighters would prove formidable in The War (and later during World War II). His greatest ''Scourge'' was the Eindecker Fighter (or Mono-Wing Plane). The design was revolutionary in a Era of Double Winged (Bi) Fighters (even Tri-Winged designs). The Eindecker first flew in 1915. No longer using canvas fuselage covering (The Eindecker was thin sheet metal), were so revolutionary that British Pilots often considered themselves ''Fokker Fodder''.

Expensive to produce, train in and maintain, only 400 Models were built (with half that number even being deployed in combat). The Allied deployment of The French Nieuport 11 Fighter and British Airco ''Pusher'' DH2 proved to be equal to The ''Scourge''. None were flown after 1916 – put it's designs were experimented with by both British and French Air Services. With increasing Allied superiority, The ''Fokker Scourge'' ended. 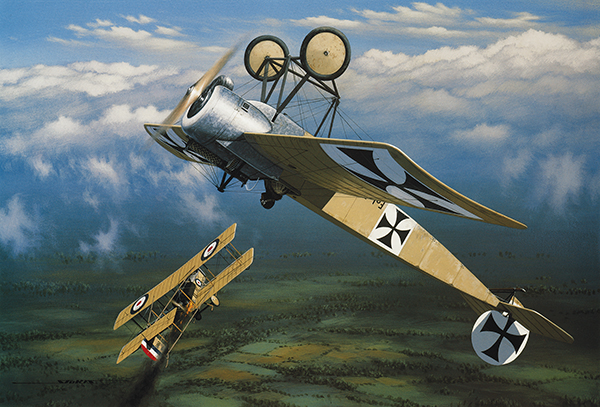