Field Eugene Kindley was born in 1896 in Arkansas. His Father was a Federal Employee and took a position overseas in The Philippine Islands. Leaving in 1908, Kindley came back to The US and became part Owner in a Motion Picture Theater (Kansas). He would enlist in The Kansas Army National Guard. Going to College to study Military Aeronautics, Kindley would volunteer in The Aviation Branch of The Signal Corps.

Kindley was seen as a ''poor'' Pilot, but nonetheless – when American became involved in World War I, His Squadron was deployed to England and later France. Credited with 12 ''kills'' during The War, Kindley qualified as an American Ace. His claime to History was one His final engagement of The War. He would severely dame The German Fighter of Lothar von Richtohoven, Brother of the infamous ''Red Baron'' (Manfred von Richthoven). So badly injured, Lothar would never fly again.

Kindley at 22 years of age earned (4) Decorations for His Service – including one from Great Britain and the other from France. His last Military Posting was back in The United States (after The War) as Commanding Officer of the famous 94th Aero Squadron. Sadly, fate has a sense of humor. Back in Texas, Kindley was killed during a demonstration for US Army General John J, Pershing. He was 23 years old. 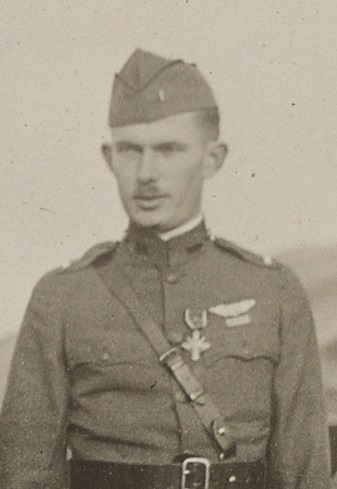