Also known as The Seabrook Lorry, this was an armored Car used during World War I. The Seabrook was actually an imported US Truck chasis, to which was added (modified) iron plating for overall protection. The Seabrook Series was envisioned as Port protection for The Royal Navy. Modified to hold heavy weapons, a total of (30) such combat vehicles were produced. All served in either France or The Middle East during The War. A common issue with The Seabrook was it's weight. Overcrowding by Gun Crews and the weight of guns used, caused axles to malfunction (break or warp).

The Seabrook weighed 10-tons and was 25-feet in length. They stood 6-feet. A 4x2 Wheeled drive, The Seabrook used a 4-cylinder Continental Engine, which provided for roughly 20-mph on open terrain. Armament included was the QF 3-Pdr. Main Gun, supported by as many as (4) Vickers .303 Machine Guns. Typically, 6 to 9 Soldiers rode (manned weapons). 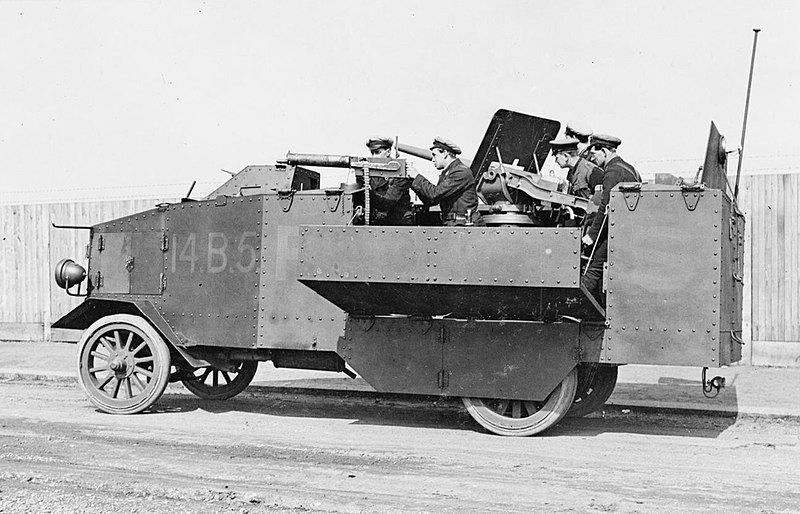