The identifier ''Bloody April'' is applied to a portion of The World War I Battle of Arras (France). The Offensive lasted 5-weeks from April to May of 1917. It was seen as one of the most costliest days in British Royal Flying Corps. History to that point. With Trench Warfare stymied, The Arras Offensive was the first ''break'' and subsequent ''ground gain'' made by The British Army. The Royal Flying Corps. was tasked with Ground and Air Support.

The Flying Corps. had a ''rushed'' existence since it's inception. Hurried training and often poor aircraft (untried in combat Models), led to many casualties. The Germans – by contrast, spend more time training and had vastly superior Fighters. This would tell at Arras.

Over 360 Fighters, composing (25) RFC Squadrons were engaged in the skies over Arras. Close to 400 German Fighters (in 8 Squadrons) were sent to counter. Using the superior Albatros D I and II Models, The Germans easily held air control. Over 245 British Fighters were shot down with roughly 108 survivors taken prisoner. The final loss to Britain – 400 Pilots and Crews killed. Imperial Germany reported only a loss of 66 Fighters.

The horrible loss of ''Bloody April'' almost destroyed overall morale within The Royal Flying Corps. However, the inception of new and reliable Fighters such as The Sopwith Camel SE.5 and The French SPAD XIII, would help turn the tide. This and America's final involvement in The War, would bring the Conflict to a conclusion to an Allied Victory in 1918. 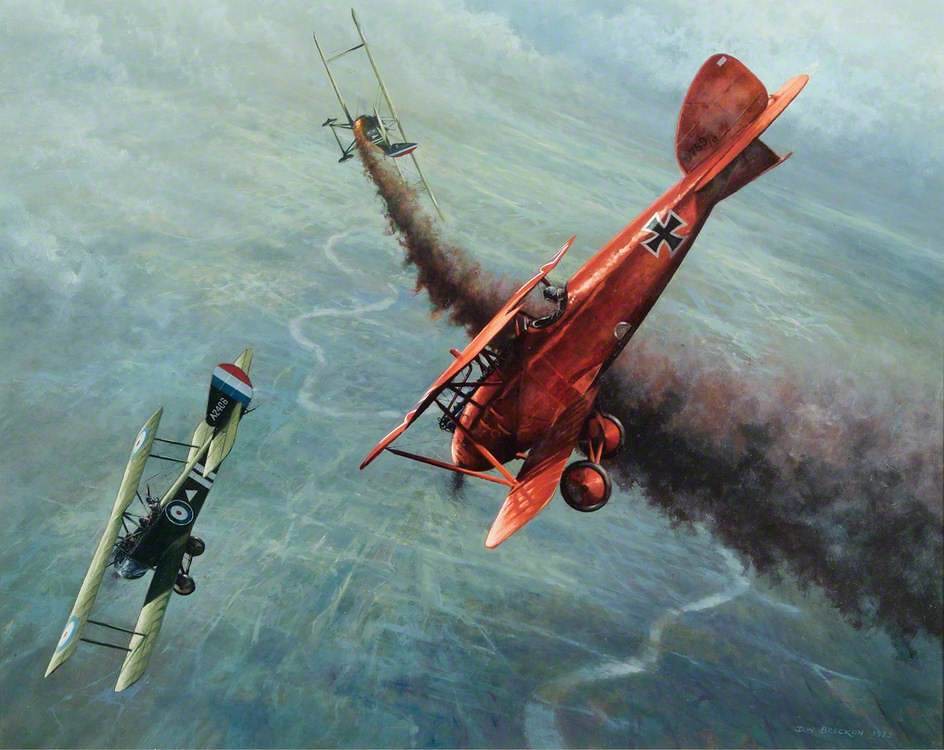