An unusual World War I Bomber prototype, The Lloyd 40.08 ''Sky Cruiser'' was developed in 1916. Seen as a possible Heavy Bomber with ''great power and range'' – the design alone proved to be it's undoing. The 40.08 featured a Tri-Plane (Wing) design and (3) Engines. This was seen as needed to carry a minimum 450-lb. Bomb to target. However, due to overall construction and aerodynamics – The ''Sky Cruiser'' did not live up to it's initial tests, and The Plan was discontinued that same year. 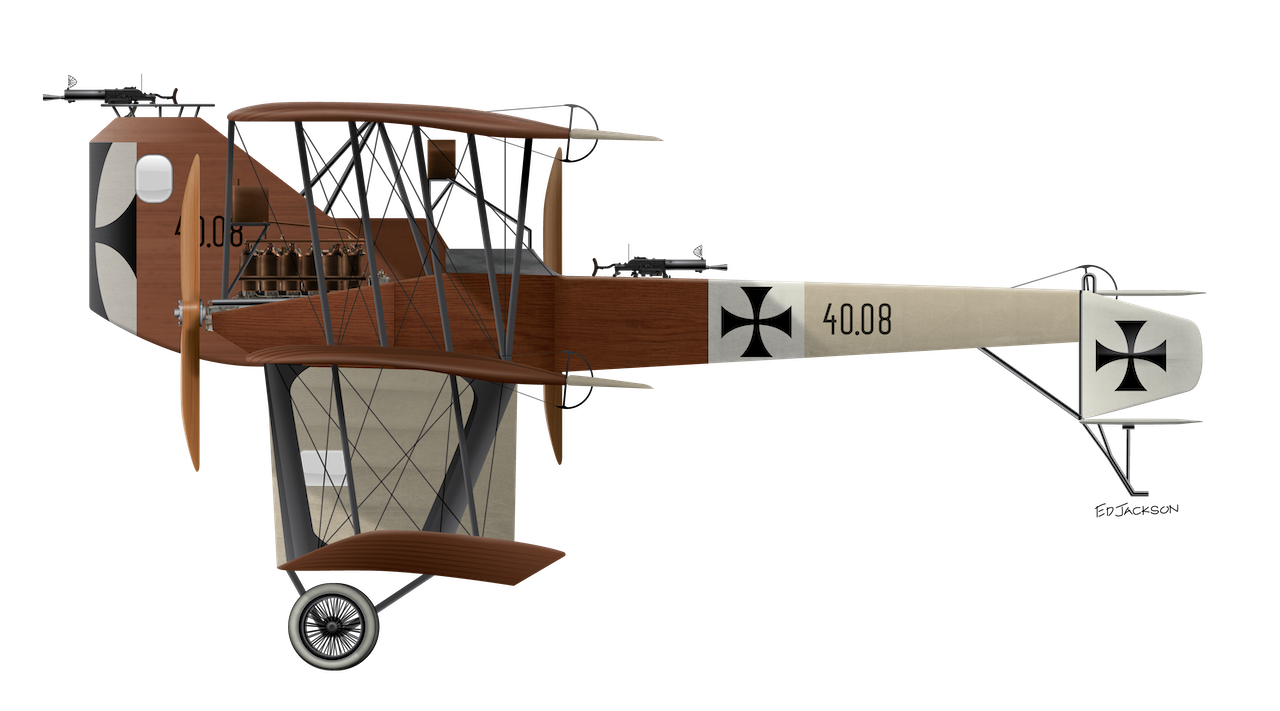