Perhaps one of Great Britain's greatest World War I Flying ''Ace'' with 44 ''kills'' Albert Ball was just 20 years of age when He was killed in action in 1917. From Nottingham, England, Ball enlisted with The British Army and was commissioned as a 2nd Lieutenant (1914). The following year (1915) He volunteered with The Royal Flying Corps. His Instructors rated Him as ''average''. Ball nonetheless exhibited great skill and courage in the air. Although part of a Squadron, Ball preferred to ''fly and fight alone'' – earning Himself ''Lone Wolf'' status. His tactics were the same throughout His Career. Ball liked to draw in close to The Enemy and attack from under their fuselage.

Ball also liked to perform His own maintenance work on His Fighter and had a talent for The Violin. His Comrades did not mind his ''solitary'' habits it seems. In addition to His confirmed ''Kills'', Ball had a reputation for destroying Enemy Balloons (Zeppelin Bombers, etc.) Originally, Great Britain not post stories of it's ''Aces'' in Newspapers (as did other Countries). Ball was among one of the first to be so publicized – and became a household name to many in England during The War (His age and battle record).

It was over Douai, France in 1917, that Captain Ball met His heroic fate. Ball engaged several German Fighters (as was seen by Comrades) – with one of the planes belonging to German Fighter and Ace Lothar von Richthoven (Brother to the famed ''Red Baron'' Manfred von Richthoven). Although it is not clear if Richthoven shot down Ball, He was credited with the ''kill''. His Brother Manfred gave Ball due credit by saying that ''Ball was The Best The British Had''. His remains were buried by The Germans with Full Honors. Although The British Government wanted to remove Ball after the War, it was Ball's Family that requested He be allowed to remain where He fell. He was. Ball earned many Decorations to include the coveted Victoria Cross 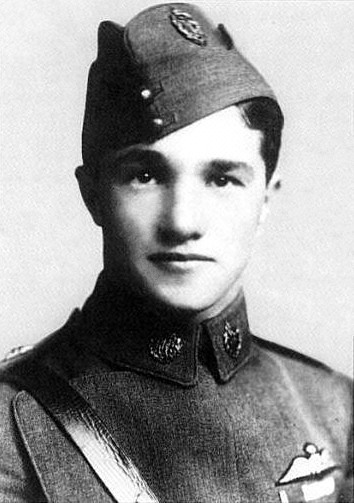