The so called ''Evil May Day'' Riot erupted in London from May 1st thru 5th of 1517. The cause of the Civil Disturbance was linked directly to the massive influx of Flemish (and others), immigrating into England and settling into the already over-crowded London and it's suburbs. A strong opposition sprang up, which found some cases of looting and outright murder of foreigners. Oddly, England's King Henry VIII had married the Spanish Princess Catherine of Aragon (a foreigner). But Her ''charm and sentiment'' with Her ''new found'' Subjects – made Her ''more acceptable'' to the common English Subject.

A large Crowd (possibly as many as 1,000), assembled near St. Paul's Cathedral, requesting The King remove all foreigners from The Country. Under-Sheriff (and later Chancellor of England), Thomas More was able to calm the Crowd and tried to disperse them. The arrival of The Sheriff with His ''threats'' of Royal Troops, caused the Crowd to ''ignite''. They took to burning, looting and killing any foreigner ''found''. When word got to The Duke of Norfolk (who maintained a standing Army of 1,300), He dispatched His Forces into London. Hand to Hand broke out. Although no one was remarkably killed, many were arrested.

The King, woken in the night and advised of The Riot, sent several thousand Royal Troops to augment The Duke. As many as several hundred were arrested. 20 or so, were executed (hung) for Treason. However, The King's Counsel (especially prompted by The Queen) – recommended that pardons be given to the remaining. This was done (with great celebration towards The King it seems). The ''May Day'' Riot would end without further adieu. 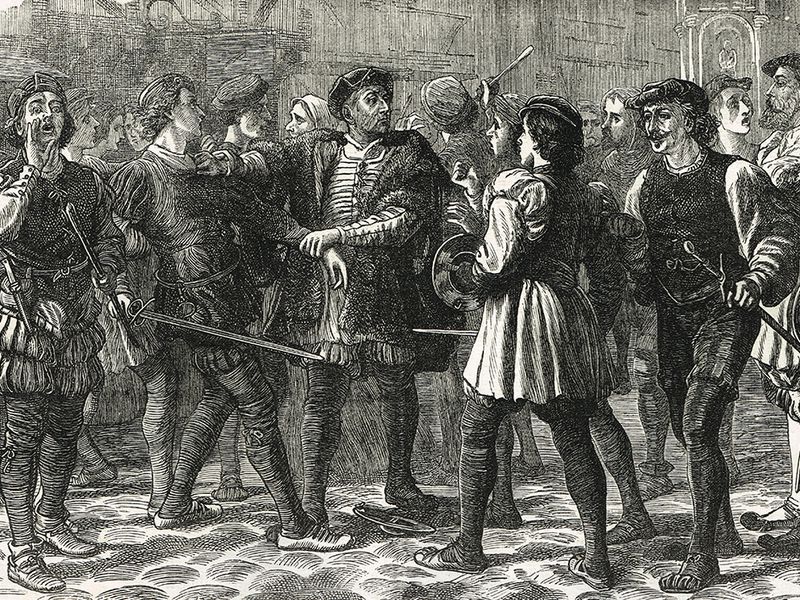