A rather heinous way to die, The Ancient Roman ''Tunica Molesta'' (in terms of Roman History), was a manner of execution going back to The Imperial Era (27 BC to 476 AD). The type of execution was also adopted for use against The Christian Movement, beginning in the 3rd Century AD. The actual ''device method'' of The Tunica Molesta was also known (then) as The ''Martyr's Shirt''. From The Roman Tunica (or standard shirt worn by Male Members of Roman Society (especially it's Military), such Shirts were made of cloth soaked in flammable liquids.

An Accused (Treason and not Roman Citizen by birth) – had their hands bound to ropes wearing the Shirt prior, Resin or Naphtha was smeared over the front and back. The ropes were attached to iron loops fitted into 20-feet wooden Poles (after all, such activity was seen as ''spectacle'' to the average ''law abiding'' Roman Citizen). Using a torch, the Tunica Molesta was ignited. Burning at first slowly (the trick was to known how much Resin to spread and where) – The Victim was slowly raised to ''Public Viewing'' level. In time, the torso would be engulfed (as would One's Hair, flesh etc), until completely aflame – dying rather slowly unless One was ''lucky enough'' to pass out from shock and pain). 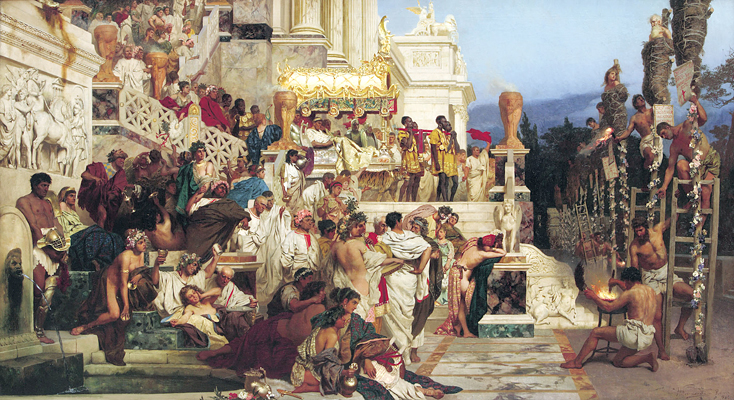