Although some Historians state that the aptly named ''Hellfire Torture'' never existed and was developed as a commonly ''Device'' in Torture Dungeon Exhibitions – other state that it is among one of the oldest torture methods of Imperial China. Various accounts place it's ''invention'' around 1,200 BC. The method was never intended to kill – simply maim and disfigure a victim. One construct call for a metal pipe, designed to fit into underground steam (coal) heated water. As the steam rises, the pipe slowly heats, often to an incredible temperature very quickly.

The hapless victim was chained or rope tied to the chain in ''hog tied'' style (that is hands secured, with arms wrapped around the top of the pipe. Feet were similarly tied – with Legs wrapped the same as the Arms). So secured, a lip on the pipe (metal as well) – was installed to allow the victim to ''sit'' but nor for very long. Very soon, the heat would begin to burn the skin EVERYWHERE the hot pipe touched. Often, the Torturer would have the heat doused and allowed to cool (with the victim still attached). After several hours of blistering (literally) pain, they would simply reheat the pipe.

Another mention version said that some Hellfire Pipes were made of ceramic, which heats and cools moderately faster that metal – which meant that the torture could go on for hours. Once ''information'' was extracted, (and assuming the victim didn't die of heart failure during the process), they were ''marked'' as a Criminal for the rest of their life. 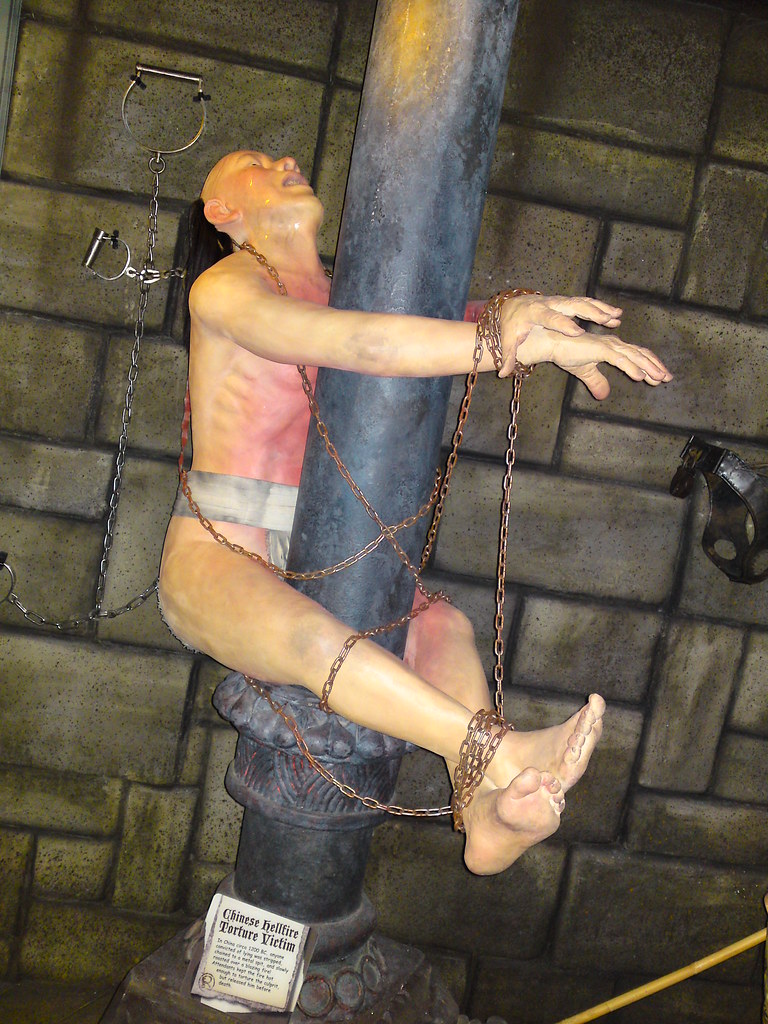