The US Army ''Hurricane Aircat'' was an Airboat devised for used by Special Operational Forces (The Green Berets), during The Vietnam War. 85 such Models were produced and used (also by The Army of South Vietnam) from 1964 until 1972. Their design was based on similar Crafts used in many Swamp Regions of The US (Florida and Georgia in particular), as a means of travel – when draught prohibited the use of traditional Boats and Ships. They were of particular use in the marshlands and flooded rice fields of Southeast Asia. Their speed and lightness allowed for superior Small Unit Infiltration Operations and related Raids.

Normally around 1,500-lbs in weight, The ''Hurricane Aircat'' was 17-feet long with a 17-foot Beam (Height). Made of aluminum, they were powered by a single Lycoming Engine (180-HP) which powered a 6-foot Rear propeller. Speeds were rated at 65 to 85-mph. Normally restrictive to only the lightest of cargo, an Insertion Team of 5 to 8 Soldiers was standard. Weaponry varied greatly depending on Mission requirements. Both a Bow Mounted .30 Caliber Machine Gun was supported by a .50 Caliber HB Machine Gun was used (not including Small Arms carried). Variants were later adopted by The US Fish and Wildlife Service for use by their Agents. 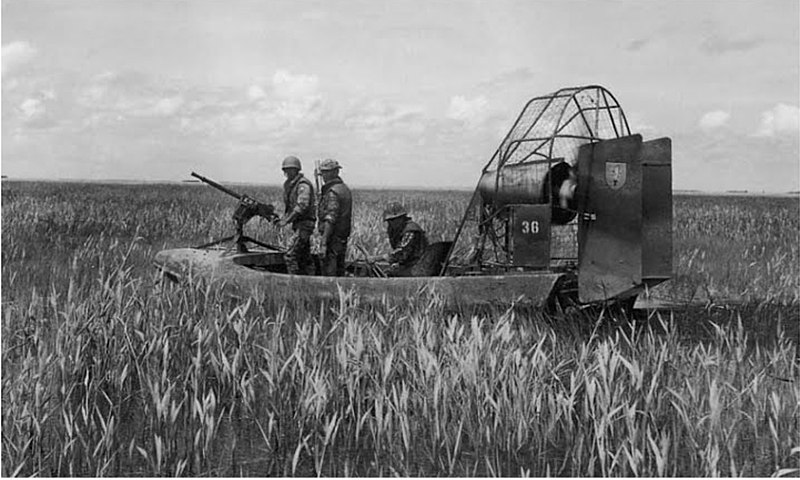