Enacted by The English Parliament in 1641, The Protestation was a means by that governing body, of those considered Royalist, to avert open Civil War withing Britain. The Document required loyalty to The King (Charles I) and to The Anglican Church. All Men, 18 years of age had to sign and make a public declaration of of such. Failure to do so meant One could not hold Office or other benefits. Of course, those in Parliament who were against The Oath refused, citing that it did nothing to redress the previous issues against The King. If anything, The Protestation of 1641 hastened The English Civil War, which would erupt a year later in 1642. 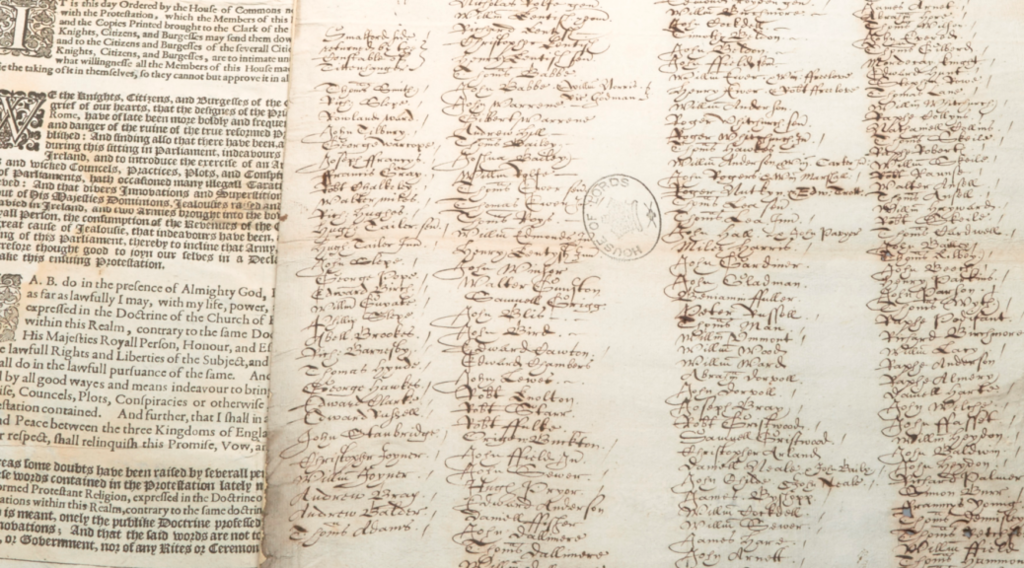