While other than it's portrayal in Art, no examples of The ''Irish Galley'' exists. These were small to moderately sized wooden Ships produced and sailed off The Western Coast of Ireland. They are first mentioned as early as the 13th Century AD. Their design may have been based off the designs of the previously discussed Birlinn and Longboat (of Norse fame). Versions shown were of an 8 and 12-Oars pattern, as well as relying on a Single Squared Sail Pattern (mounted on a central Main Mast).

The Galleys were used for local trade and transportation – as well no doubt, as for Warfare. Some Historians theorize that larger versions could have existed with Forecastle features (which would have been a common styled Warship design with early English Warships at the time). Construction would have been with Regional wood sources with the use of both wooden dowels or iron nails. Rudders for Steerage would have conformed to the style used with related English type Ships. Crew compliment could have supported up to 300 Men (in the larger versions). 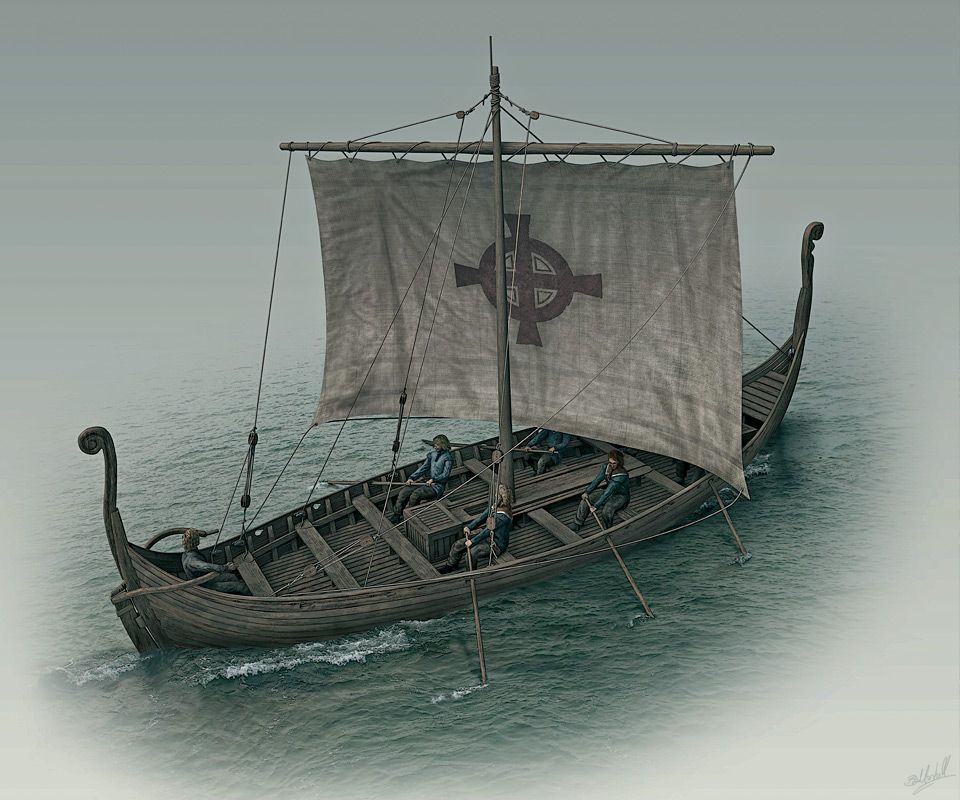