An Englishman, Thomas Barrow's birthday and exact Home is unknown. He was an active Caribbean Pirate from 1715 until 1717. Barrow was under the ''Protection'' od famed Pirate Captain Benjamin Hornigold (as was possibly a former First Mate). Barrow raided many British and Spanish Treasure and Slaves Ships – so much so that He not only ''claimed'' much of the Shipping Routes as ''His Own'', He would ''run off'' The Royal Governor of New Providence (Bahamas) and declared Himself such. He turned The Port Town into a ''Pirate Haven'' for a time.

In 1717 King George I of England – ''declared War'' of The Caribbean Pirates, sending vast numbers of Warships into The Caribbean. Offering Pardons to any former Pirates who would serve as Bounty Hunters against their own, many either took Pardons and walked away or became Hunters of ''their Own''. It is unclear what Barrows did. He disappeared from Piracy, but remained in New Providence. He married and had a Family – dying in 1725. 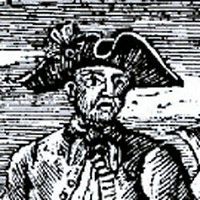