The Saxon Wars was a period of Military Conquest and Invasion, initiated by Frankish Emperor Charlemagne, beginning in 772 AD and lasting until 804 AD. The goal of The Franks was to further enlarge The Emperors Kingdom into what was then known as Saxony (various Regions of modern Germany). Saxony comprised of five Germanic Tribes, which had been more or less successful at resisting the previous Roman Imperial attempts at similar goals, centuries prior. While most relented to The Franks, several Tribes did not – in particular the Warchief Widukind.

Due to Charlemagne having to split His military resources against The Lombard Rebellion in Northern Italy around the same time as His Saxony Campaigns, Widukind was able to create significant damage to Frankish Forces within His territories along The Rhine River. However, the forced establishment of Christianity in Saxony, would slowly establish a kind of uneasy peace with most of The Tribes. It was around 792 AD, that the somewhat harsh Frankish Codified Laws in Saxony, would again cause rebellion to erupt.With the success of several key battles (which resulted in the capture and execution of major Saxony Leaders), as many as 10,000 former Rebels were exiled from Saxony. Eventually, Frankish Law and Christianity would hold sway (thanks to the establishment of locally bribed Saxon Leaders) – over The Regions. 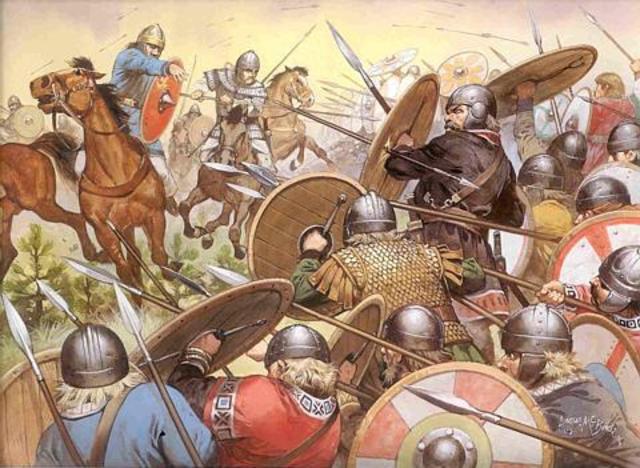