Instituted by Queen and King Isabel I (of Castile) and Ferdinand II (of Aragon), The ''Alhambra Decree'' was a religious and ethnic Edict enacted in 1492. Both Catholic Monarchs had previously identified the large Jewish Population in both Kingdoms and given them a simple choice. Convert to Christianity or suffer forced expulsion from their respective Kingdoms. This earlier law also would levy a loss of all properties and monies regardless of stature withing The Kingdoms. While many Jews did convert, most still practiced their Faith in secret.

The Decree of 1492 was seen as the final move to remove all those Jews refusing to convert. Numbers converted were estimated at 40,000, with another 100,000 forced to flee (or face death). Properties and monies were seized by The Crowns. Still those brave souls who refused to leave faced the full wrath of The Inquisition. Thousands more would be imprisoned and tortured to death. Likewise, those found to be in hiding with regards to their maintained Jewish Faith practiced, also fell under the full weight of The Decree (when found out). Oddly, The Alhambra Decree, which also outlined strict rules for anyone occupying any position of trust within The Government ''be Catholic'' – would remain tacitly ''on The Books'' of Codified Law until officially revoked in 1968. 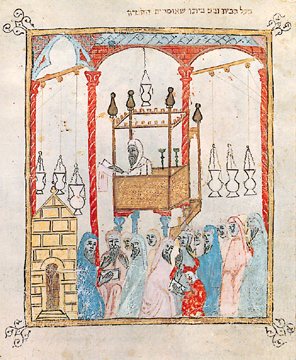