From The Latin meaning ''Cross Bearing Orb'', The Globus Cruciger is one of the most recognized symbols of Royalty and Monarchy. It is also closely linked to The Christian Church as a means of authenticating a Monarch's Authority. A popular image used in many 15th to 17th Century Art pieces – relating to Christ (who was often portrayed holding a Globus Cruciger). Some Historians cite early examples of Late Roman Era Emperors (especially in The Eastern Empire of the 2nd Century AD), who are also portrayed holding The Cruciger.

In terms of Ritual, a newly installed Monarch was obligated to hold The Globus in their hand (opposite to their Sceptre). These were made of Gold and often were embellished with precious gemstones. These would be used continuously in a Kingdom by each successive Ruler, regardless of sex. In some cases, when extreme needs for ''absolute'' Royal Justice was warranted, a Monarch might sit in Judgment with The Globus nearby. 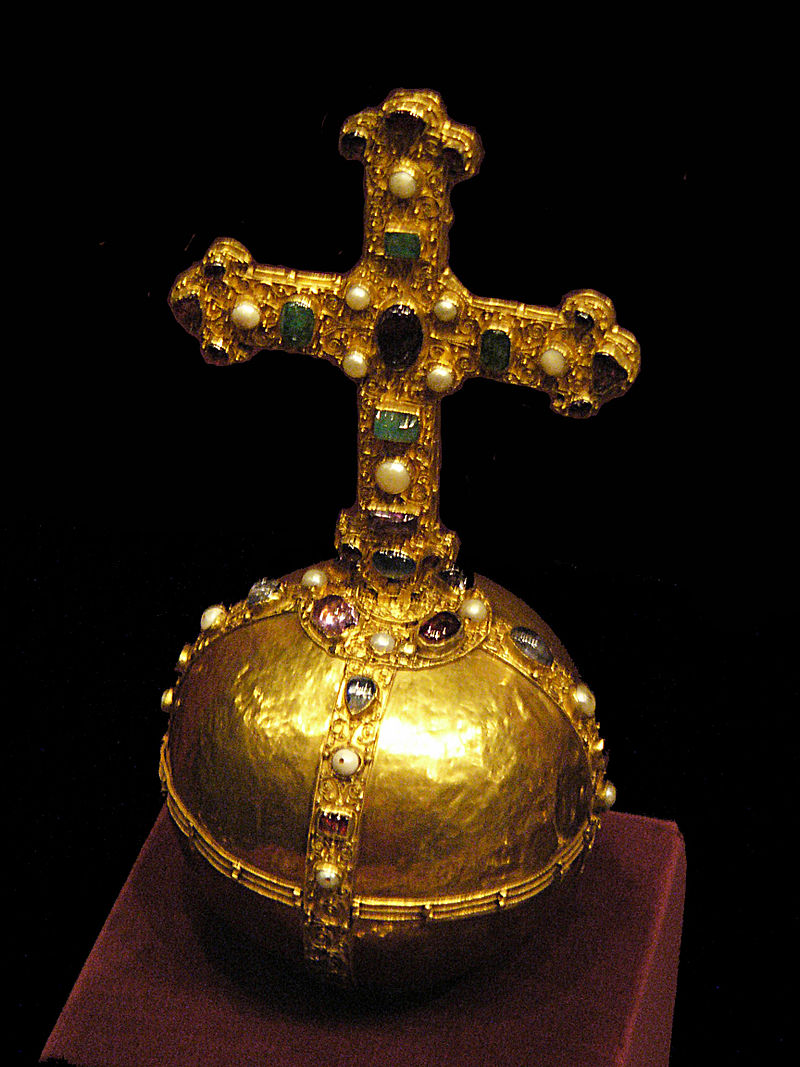