The term ''Englishry'' was an Anglo-Norman derisive term used to identify those of Anglo-Saxon birthright. lt was leveled against The English and was designed to control inheritance and taxes placed upon them by their Occupiers. The Legal term also stated that should an Anglo-Saxon be killed by a Norman, the Family of the deceased was ''fined''. The reality of The Law was to control those Anglo-Normans that had illicit union with Anglo-Saxons, producing Male children. It served to stop them from claiming money and Title (should their Father have any). The Law and term was in place from the 9th thru 12th Centuries AD before it was abolished. 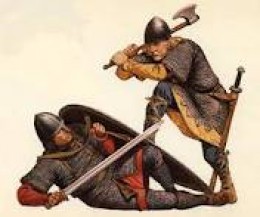