Although of late Imperial Roman origins, the textile called ''Cloth of Gold'' featured prominently in The Middle Ages, mostly as a form of High-ranking Clergy garment. The material is actually spun Silk, into which was infused actual Gold composite threading. In modern appearance, ''Cloth of Gold'' material would resemble Lame.

Such material, in addition to be very labor intensive, was also very expensive to make (construct). Naturally, only the ''wealthy'' Members of The Western Church Clergy (Cardinal and Papal Authority) – had clothing made fore ''High Ceremonial'' purposes. The same was said for some Offices within The Byzantine (Eastern) Church.

By the 15th Century AD, King Henry VIII of England – spent much monies to have ''Cloth of Gold''' clothing made for a variety of State and Church functions. Such ''expense'' was frowned upon by other European Kings and Queens as ''excess''. Much of it's usage was discontinued inn the 16th Century – but some examples survived much longer with various Members of Indian Royalty. 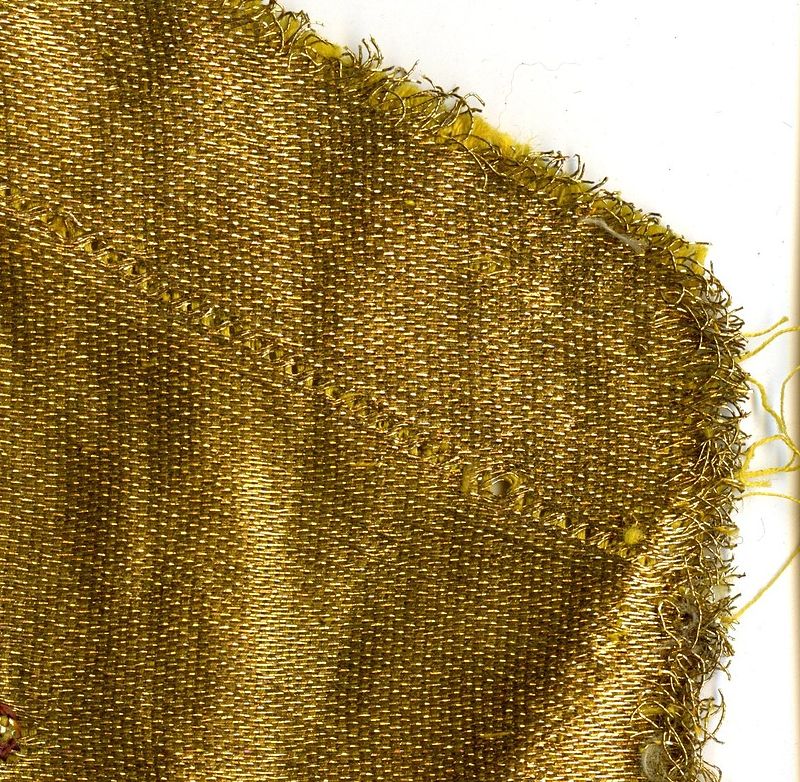