Relative to the similar Standard Bow Version, The ''Pellet Crossbow'', known to The Vietnamese as The No Ban Dan, was a 15th Century AD invention. Based on Chinese Models no doubt encountered during various invasions, The Dan was made of Yew Wood. These Stocks were often very intricate in design. The metal cross beam used a form of pull torsion to lock the bow back to a sufficient pull strength for firing. This was accomplished by a lock bar on the stock, which acted as trigger.

The bow string (which was composed of twin sinews), also featured a small basket ''holder''. It was into this was fitted either hand shaped glass pellets (marbles for want of a better word), shaped stone or metal. The Dan was very effective up to 100-yards, and could kill if an Enemy was not properly armored. Even then, the applied force would cause blunt force trauma. As with glass Pellets, they could shatter and cause fragmentation injuries as a result. The No Ban Dan would be used by many Medieval Vietnamese Armies up to the 1600s. 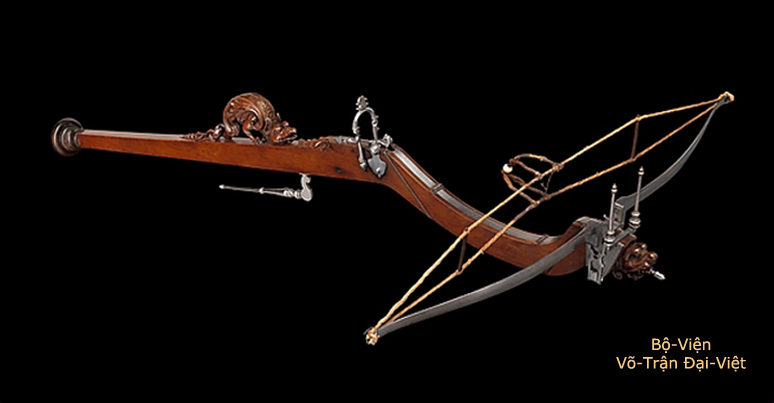