No doubt developed from Conflicts with Vietnam and Siam – The Thai War Shield known as The Lang Khien, was an effective close quarters protective device for Infantrymen. Some examples have been dated to the 11th Century AD and were perhaps among some of the oldest type Shields of The Era. The Lang Khien Shield was very similar to The European Pavise.

These were lightweight devices which were carried in the non-dominant hand (opposite Sword hand). They were 3-feet in length and had a width (curved) of 8-inches. They were used much as a Roundache or l in Europe would have been. Made of Wood, The Lang Khien used a leather strap attached to the interior for stability. They were most used to deflect Arrow Shot and Sword strikes. 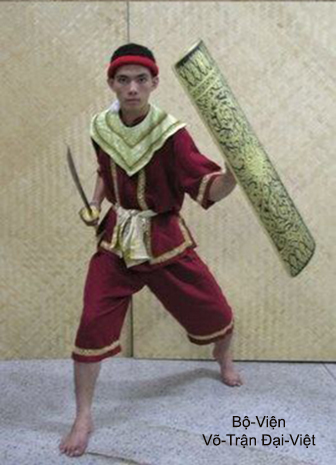