Born in Japan in 1798, the name of Takashima Shuhan will mean nothing to the average person. But this one time Samurai and Engineer was responsible for ushering in the Firearms Era in full into Japanese Military Formations. This feat would set Imperial Japan on it's footing to a fully Martial ethos which would last until 1945. As a young boy, Takashima first encountered European contact into Japan around 1808, when a British Expedition Frigate entered into Japanese waters. Violent and demanding Men, they maintained control by their blackpowder firearms. This fact was not lost on Shuhan.

Although Japan had adopted blackpowder and primitive Matchlock Rifles by the 14th Century AD as a ''turning point'' in their Military, the more traditional weapons of Japan still held sway. The Spear (in all it's variations) and the iconic Katana Sword, were still the dominate forms of Military weapons in Japan. Coming from a wealthy Noble Family, Takashima rose in stature and standing to the position of Mayor of Nagasaki. He brought with Him a less traditionalist style, and began to research and develop the use of modern firearms and the accompanying military formations that would benefit from such weapons.

The Shogunates of Japan were at War yet again. With the rise of a more ''European ideology'' with regards to Japanese Military ''might'', such deployments of firearms were seen as a advantage. Takashima spent much funds in furthering His City Militia with European style Flintlocks and Muskets. By 1850, Shuhan had created and trained (2) Companies of modern Riflemen and several Batteries of Artillery. These Troops were trained by Dutch Mercenary Instructors.

Although met with resistance by the Traditionalists, Takashima and His ideas caught the eye of The Emperor. Appointing Him as Chief Military Advisor in 1862, His developments in Japanese Military doctrine would spread out into it's fledgling Navy and later go on to help create and train a Modern Japanese Military. He died in 1866 of natural causes – The Father of The Modern Japanese Army. 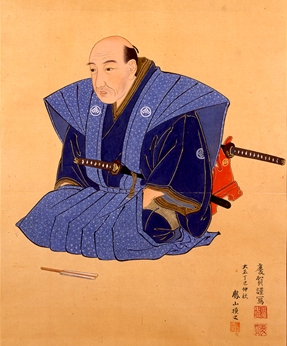