The ''Kago'' was a form of 15th Century AD Personal Transportation, used by some Nobility and Families. This was simply a wooden framed, reclining seat. Positioned to hang (although some versions were in fact rigid), one wooden Pole was attached to the Top of The Kago. This was used to lift (by two Carriers) the seat (roughly 3-feet from the ground). The Kago was used only by Children and Women (Men did not traditionally ride inside a Kago). Later during usage, ''Vanity Blinds'' or sheets of cloth were used to enclose the sides of The Kago. The Kago would continue in use until the late 19th Century. 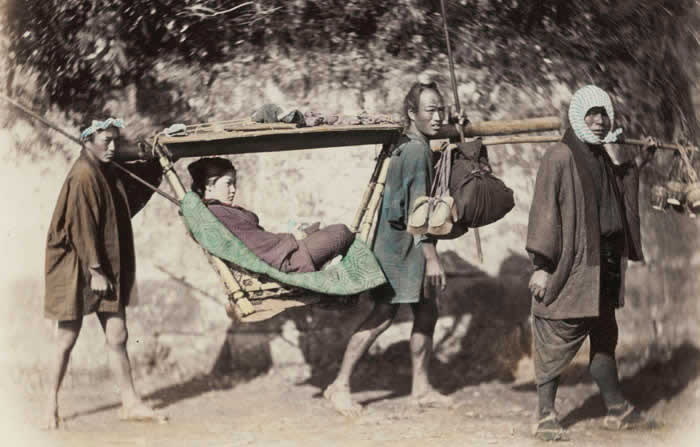