The Gokenin were 13th Century Feudal Japanese Militia Guard who were recruited by and loyal to a specific Shogunate. They were best described as a form of ''Private Army''. Payment was very little, as Shoguns would give parcels of land to The Gokenin as payment. As ''defacto'' land owners, they hired their own farmers and harvesters as made profit from excess food grown. As such, most Gokenin could afford very good Armor and weapons.

However, The Gokenin had no specific rights. They could redress problems with their Master (Shogun), as once they became land owners, they were expected to handle their own problems. Their primary purpose was to be ''ready'' and ''capable to make War'' – whenever their Shogun required. As such, any Gokenin Sons were likewise expected to become Gokenin and loyal to The Shogunate.

When recalled to duty, Officers were selected and commanded Companies in The Field. Typically a ''well off'' Shogun could supply close to 1,500 Gokenin to an Emperor (to augment The Imperial Army). Many Shogunates could thus augment an Army with as many as 10 to 20,000 such Soldiers. Although Swordsmen, The Gokenin were more suited to Spear, Pole Arm and Bow. Few were Mounted (although some were known). By the 17th Century AD, The Gokenin Class of Militia was disbanded. 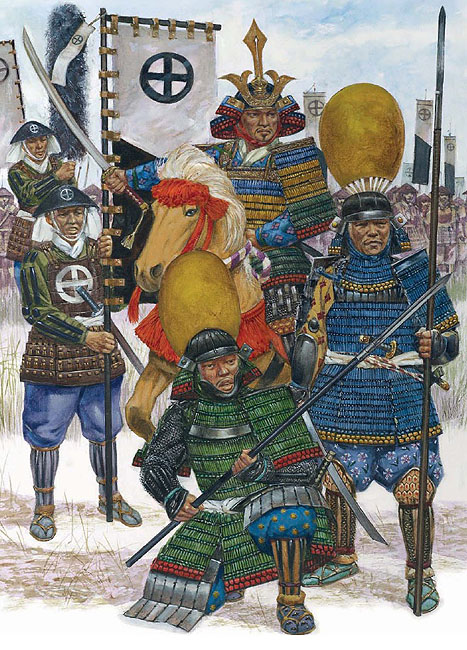