First seen in 6th Century AD China – with The Tang Dynasty, the so-called ''Dragon Robe'' was the dominant style of clothing for Chinese Emperors. These were silk and cloth Circular Patterned Robes, which extended to the ankles of The Wearer. They were often at times cinched at the waist and featured wide opened cuffs at the sleeves. The term ''Dragon'' came from the use of embroidered images of the mythical beast – commonly used to denote the ''power of The Emperor''. Noble worn Robes at first bore no imagery. Later, when adopted by The Mongols, Family or Clan insignia (similar to a Sigil) was used.

With Chinese occupation from War as well as Trade with other Far Eastern Nations (Korea and Vietnam), The Dragon Robes would also be adopted by these Nations as well. In these versions, styles were regulated to not only allow Nobility to wears these types of Robes, but Royalty only wore them as ''casual'' clothing. The Dragon Robe is most closely associated with Ancient Chinese than any other Asian Nation or Culture. 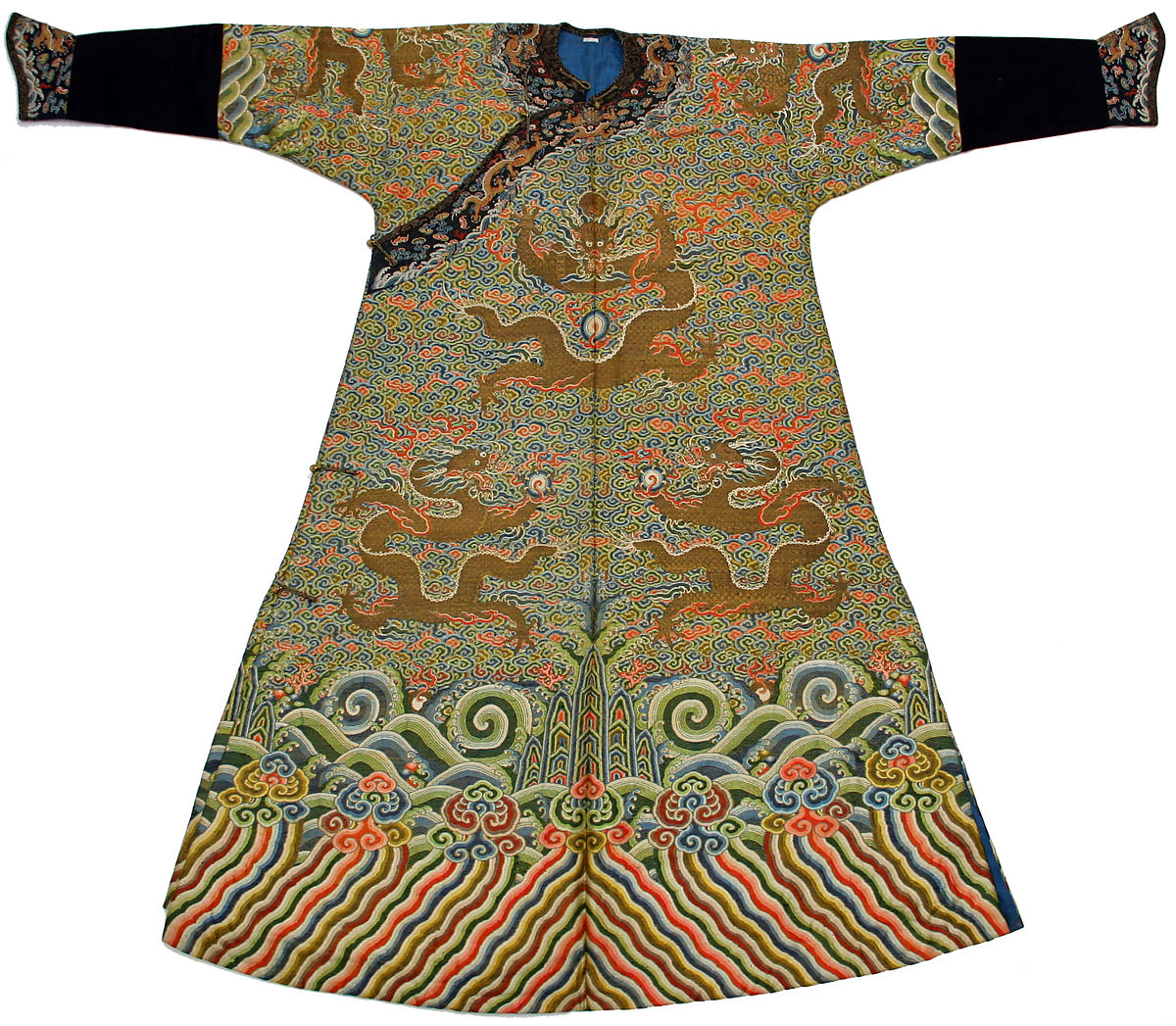