The Song Dynasty existed from the 9th Century AD until 1290 AD – in Ancient China. Their Armies were among the first to use Gunpowder as a Combat weapon. It was this advancement that held The Mogol incursions into Song Territory. Primarily an ''Infantry'' Culture, very few Cavalry detachments existed. Those that did, were regulated to Border Patrol and related warfare. The primary reason for this was that The Song Dynasty did not have many wild horses to capture, train or even raise for Military deployment. At the start of The Dynasty, only 200,000 Cavalry existed. By the height of The Song, The Emperor was importing 700,000 Horse for all purposes.Despite this shortcoming, song Cavalry were well armed and armored. Lamellar Plated and Skirts were common, as were Helmets. And while The Sword (a longer Jian version preferred) – it was The Spear and Bow that were most seen. 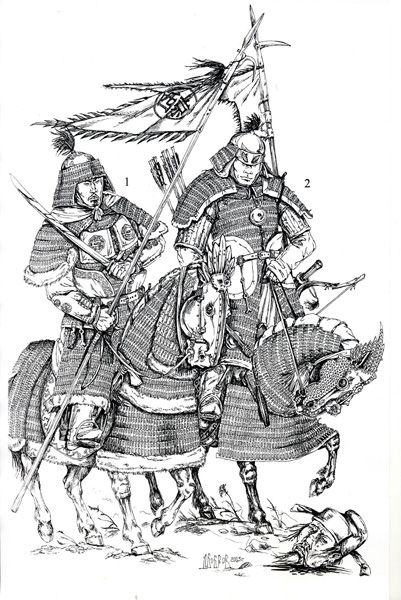