Dating to the 9th Century AD and The Zhou Dynasty, ''Paper'' Armor was seen as a cost effective method of protecting Medieval Chinese Armies. The term ''Paper'' Armor is somewhat of a misnomer however. Layers of Silk was cut into small squares and connected by silk thread. After as many as 100 squares were fashioned into a Plate, the entire affair was tailored into a type of Gambeson or Buff Coat, as would be seen in Medieval Europe. The ''Paper'' Armor was worn under Lamellar or Plate Armor as a type of Mail. Another way to ''reinforce'' Paper Armor was to wet it with water. Although somewhat heavy,, it was resistant to slashes and could absorbed a moderate Spear thrust. Examples of Paper Armor for Combat survived into the 19th Century AD. Amazingly, this Armor could withstand some far range musket ball shot as well as Bayonet thrusts. 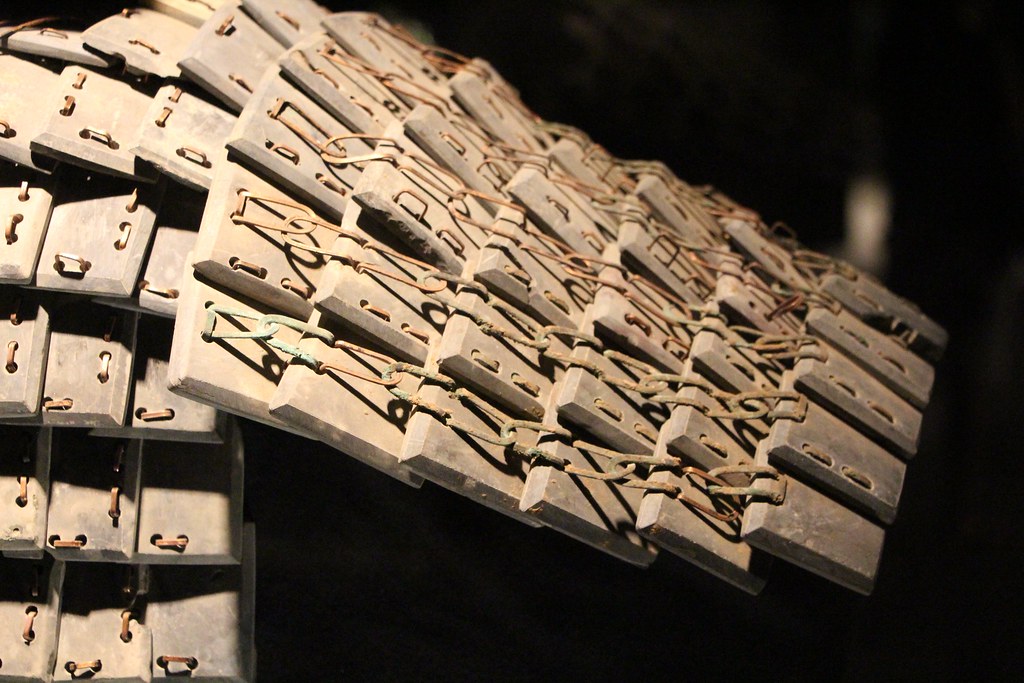