Also known as The ''War Medal'', was a British Military Award given to all Grades and Ranks of The British Armed Forces, who had participated in World War I. Over 6.5 Million Classes were issued. The Medal was issued in both Bronze and Silver (denoting either actual Combat service or general mobilization of Service in Army and Naval Services). First instituted in 1919 (after The War), The War Medal was a circular Disk, upon which the face (Front), featured an engraved image of King George V. Encircling this mage in Latin was the phrase ''King George V, King of All The British Isles and Emperor of India''.

The Rear featured an engraved image of Saint George on Horseback – sword drawn. The Horse is trampling an Eagle, meant to represent The Prussian Eagle (or Germany and Her Allies). The years ''1914-1918'' (The War duration) was likewise engraved. The Ribbon was seen as a series of Blue, Black, White and Gold Stripes. The War Medal was commonly issued with the British WWI Victory Medal. 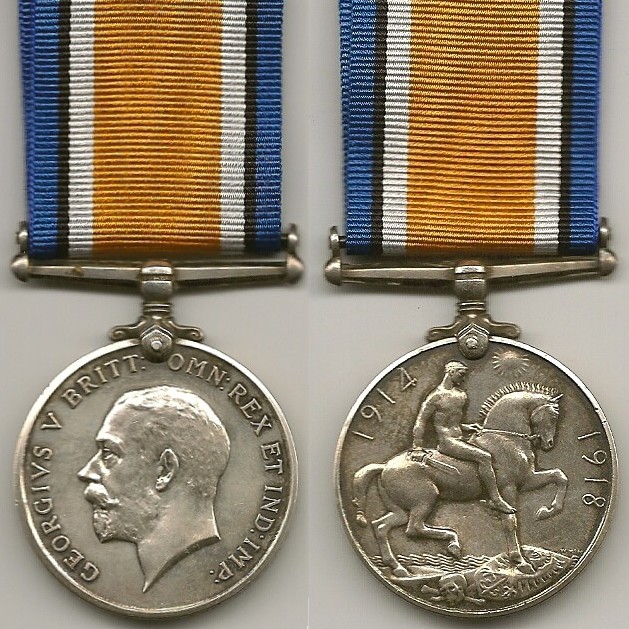