The ''Montgomery Guards'' were formed in 1837 in Boston, Massachusetts. They were composed of (6) Companies of Militia Infantry or all Irish-American descent. They were part of The Governor of Massachusetts plan to increase His Militia throughout The State. After The War of 1812, The US Military stood between 12 and 16,000 Men of all Ranks. They served in The Infantry, cavalry and Artillery and were mostly deployed in The West to combat Native American Hostilities. While most ''large'' Cities maintain a Police Force, these were still far and few between. Often, City Militia served as a form of ''Armed Police'' (to augment the established Constabulary).

However, The Montgomery Guards were almost immediately beset with problems. A severe state of Nativism existed in Massachusetts. The Nativist (those who believed that only Americans of proven and long establish ''natural birthright''), should be allowed to live and work in The Country. Irish immigrants, who were coming to America in droves due to the numerous famines in Ireland, were settling in most Major US Eastern Cities. Boston was soon swelling with their ranks. Most Boston Nativists saw The Guards as a mere pretense for ''Papal'' occupation (Catholicism was likewise despised).

When formed, a Grand Formation was declared, by which The Guards in full assembly – were to march through the streets of The City. These Formations were normally seen as great instances of City pride. The Bostonians did not see it this way. Over 3,000 City agitators lined the streets and pelted The Guards stones. To The Guards great ''courage'' they continued on with their march, not ''fighting back'' or even ''threatening to do so''. The Governor soon realized that The Guard would never be able to effectively work within The City safely. He ordered it disbanded in 1838.

During The American Civil War of 1861-1865, a Unit callingn itself The Montgomery Guards (and again mostly Irish-American), was raised for The Union and was attached to The 9th Massachusetts Infantry Regiment. They fought with distinction and were disbanded in 1865. Once more, a Guard Regiment calling itself The Montgomery's were created as a City Militia. However by this Era, The Irish-American population was the dominant ethnic class in Boston. They were readily accepted by The People of Boston. Eventually, as if all Militia within The United States, they would be absorbed into State National Guard status, losing their identifier as ''Montgomery Guards''. 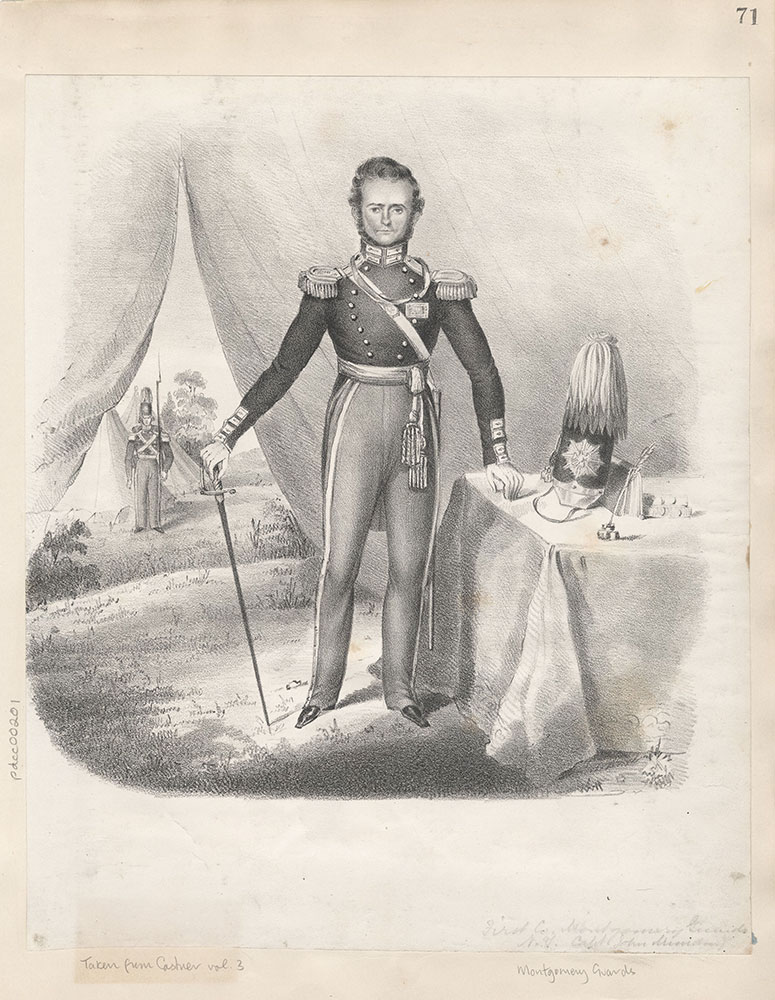