The Feigned Retreat is a Military Tactical Formation, first mentioned 4th Century BC China. It would be refined to a point, but would still be used as a classic combat attack for many Centuries (and is still taught to Military Commanders). The tactic calls for a tactical misdirection towards an Enemy Force (to The Front). In short, attackers ''pretend'' to withdraw under fire (in good or hurried order), allowing an Enemy to observe. As they withdraw – it is hoped that an Enemy will immediately begin an Offensive toward their ''fleeing'' Enemy. In this is the real tactic.

As The Enemy is advancing, the withdrawing Enemy pulls this approaching Force into a ''false'' attack and, begins to reverse it's attack to The Enemy Front. No longer perceived as ''beaten and in retreat'', The ''Pursuers'' now are no longer protected by it's defensive positions or other battlefield assets. 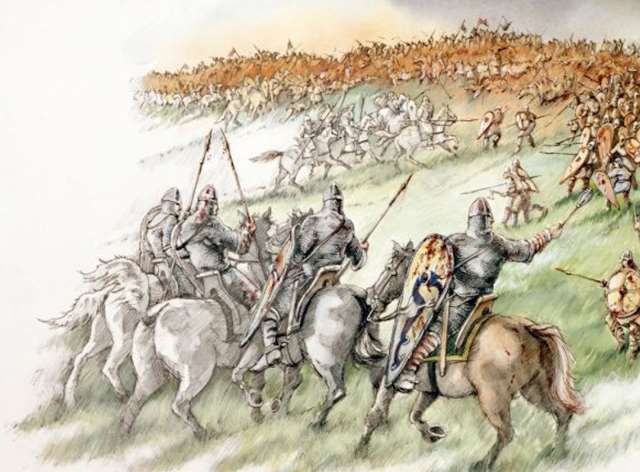