While the process of ''Asiento'' can be traced back to 14th Century AD Italy, it became more than it's intended means by The 17th Century, in Spain. Originally, ''Asiento'' was a Fee paid to a Territorial Sovereign in exchange for a monopoly on a specific Trade concern. This was seen as a way of ensuring a steady flow of goods into an Economy. It would become a process by which Foreign Trade could monopolize Slavery and turn a profit, not only for The Merchant Concern, but The Country issuing The Asiento Marque (or Letter).

As Spain pushed forth it's Colonies. The need for Labor intensified. The flow of African Slaves into such Colonies freed up Colonists from such work. Therefore, the more Slaves acquired, the more work (and less general labor pay).

The Portuguese were the primary reapers of The Asiento Process, procuring Slaves from Africa and selling them into The Caribbean Territories and South America. Even England recognized and practiced Asiento in the 18th Century, until Slavery was abolished in 1809 (although Spain and France practiced it longer), capitalizing on The American Southern Slave Trade until 1863. 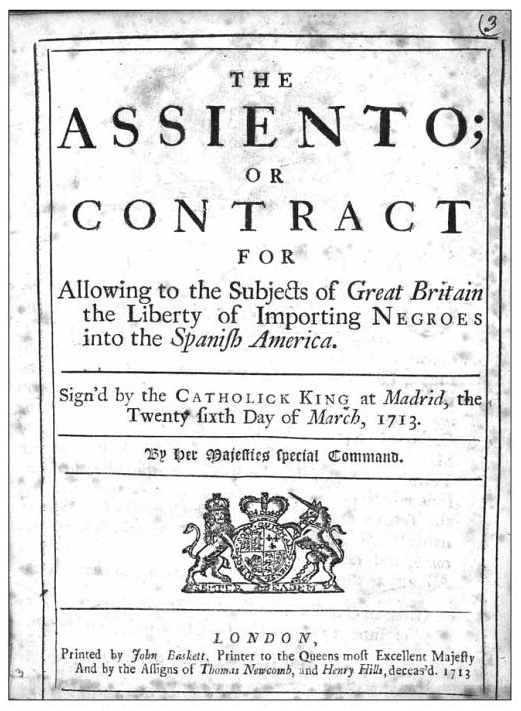