With similar political beliefs akin to the British Whig Party, The American Whig Party was formed in 1833 as part of the need to create a ''Two Party'' System in American Government. Established by Southerner Henry Clay of Kentucky, The Whigs were created to oppose The coined term of ''Jacksonian Democracy'' – Political beliefs advanced by US President Andrew Jackson. His beliefs were seen as ''radical and dangerous'' by some. Many former National Republicans (established in 1824 and a fore runner to the latter Republican Party of today in American Politics), The Whigs were seen as ''Conservatives'' with a string sense of Nationalism. Whigs also espoused the belief that all states needed to maintain a form of National Sovereignty independent from a Centralized National Government. They believed in a strong economy and the need to incorporate a strong National Banking System, not controlled by Washington DC, but augmented by The Treasury.

Whigs applied a popular concept in American at the time. This was a ''live and let live'' Policy. While seen as viable, such a Policy did not fare well with International Diplomacy. Such a Policy was seen as an open invitation to War and Invasion (from European Powers) by the dying Federalists and National Republicans. The War of 1812 had proven this true.

Whigs were also fervently Religious. America was by nature a ''Religious Society'' (by and large). The Political Party tried to instill a more firmer grasp on Religious Institutions and beliefs. National Republicans countered with the need for ''separation of Church and State'' – a major component to The US Constitution. The Party was also remembered for the establishment of a Public School System to be emulated by all States, and serving a s the foundation for the Modern School System in The US.

With the rise in Nativism (belief that any Foreign immigration was a curse to a Nation, eroding it of it's original Culture), many Whigs began to extol belief, which led to a split in The Party. This spilt established The Radical Whigs or known as ''Firebrands''. These Whigs (mostly from The Southern Regions) supported Slavery and decried any forms of Compromise with an oppressive Northern Government. The Whigs tried (despite the split), to advance their Candidate for US President in 1856, Millard Filmore, but Democrat James Buchanan would ultimately win the nomination. The majority of The Whig Party would collapse that year, with many being merged into The Southern Democratic Party. 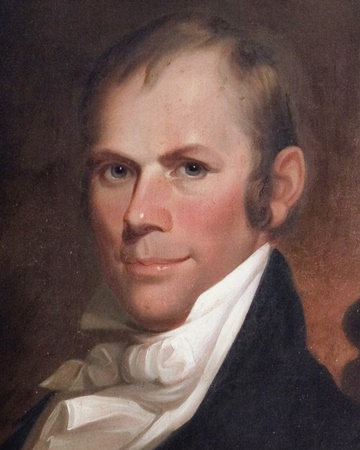