Introduced by Lockheed Aviation in 1974, The S-3 ''Viking'' was a primary Naval Carrier Based Fighter – designed for Anti-Submarine and Electronics Warfare. Nicknamed The ''War Hoover'', due to it's unusual sound similar to the Hoover Vacuum Cleaner, The ''Viking'' was a long serving platform for The US Navy. It was retired in 2016. The S-3 saw no service in Vietnam, but was active during The Cold War. Later, during The Iraq War, ''Viking'' Aircraft were actively used in combat. The S-3 also served to transport then US President George W. Bush to The Aircraft Carrier USS ''Abraham Lincoln'', when He made His ''Mission Accomplished'' Speech in 2003 (which was supposed to signal the end of The Iraq War). The Republic of South Korean Navy purchased many of the retired ''Viking'' Fighters for their self-defense needs.

Crewed by (4), The S-3 is 54-feet in length with a wingspan of 70-feet. Power is provided by (2) GE TF34 Turbofan Engines, each capable of producing over 9,000-IBF (Thrust) each. Airspeed is rated at 425-mph. It has an operational ceiling of 41,000-feet and has a Mission Range of over 500-miles. Due to the special Mission requirements of The S-3, offensive and defensive firearms were not included. As a Missile Platform, they included a wide variety of AA Rockets and Missiles such as The Mark 82 thru 84 Series Bombs (in 2, 4 and 10 deployment packages), Mark 46 or 50 Torpedoes, a variety of Aerial Mines. Numerous ''Mavericks'' and ''Harpoon'' Classes of Missile can also be deployed. The ''Viking'' is also capable of deploying a wide variety of US Tactical Nuclear Depth Mines. The S-3 also deploys a large variety of Electronic Counter-Warfare Systems and Advanced Communications Systems. 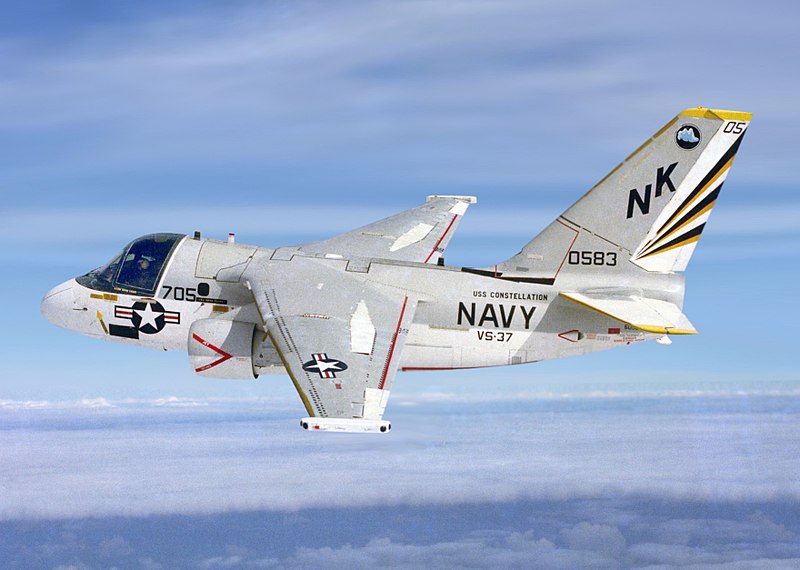