Based on conventional Bomb Shelters of World War II, the origins of The ''Fallout'' Shelter are rooted firmly to The Cold War of the 1950s. The term ''Fallout'' is taken from the after effects of an Atomic detonation, as would be seen during a Nuclear weapons exchange between two adversaries. Shelters, were designed to protect a specific number of persons for a specific period of time from such effects. Common (Community) and Personal Shelters were very common until well into the 1970s, often with many people who could afford such, having Fallout Shelters constructed in their backyards (underground).

The two defining factors in their construction was depth and material. Most were reinforced concrete, protected by many feet of earth. Often lead plating (screens) were used. This was seen as a combining effect which would stop the saturation of fallout particles and Gamma Ray radiation. Most such structures were in essence larger versions of a conventional basement (but as stated – better protected. Access was made via stairs or ladders, by which a Groups could then ''seal'' themselves inside.

In most cases ''creature comforts'' were seen as necessary. Electricity provided by gas generators and other then ingenious methods to maintain power – could be built. Food and water was of course, the primary goal. Food was seen to needed for at least a 6 month period of time (as was thought), with the same for water. Those who could afford such, not only stocked their Shelters with conventional can goods, but made full use of innovations in food preparations and storage methods – ''pioneered'' for what would later be termed ''Survivalist'' rations.

Community Shelters (built by various Towns, Cities etc), were more prone to provide a place to sleep and food to those in need. Typically, many such Shelters were located at keep places within a City. They could house as many as 100 to as little as 30. This was of course, never designed to accurately accommodate a population of many hundreds of thousands. This would cause many to ''seek out'' other means of survival. Trains tunnels, or geological features such as caves, etc. - were seen as possible alternatives. Government Sources of course provided the best Shelters against Nuclear attack. Many miles deep into the ground and mountains, such structures were designed to accommodate both materials and personnel of greater size. Most advances in technology of The Era were likewise incorporated into these as well.

Well identified by Yellow and Black signage which showed the then accepted Atomic identification symbol of a Circle with three inverted triangles – these signs also featured a smaller circle which allowed for capacity number to be added. The wording ''FALLOUT SHELTER'' was also made prominent. Churches, Schools and Universities were all examples of ''where'' such Public Shelters were located.

Perhaps the most underrated facet of ''surviving'' a Nuclear attach (then) was often never properly explained to those who constructed such structures. In a ''light'' exchange of such weapons, it was thought that people would be able to leave their Shelters after 6 months and ''resume'' their ''life'' (on some level). The stressing of ''amount'' of weapons was (perhaps on purpose) – often not discussed. Multiple strikes and massive amounts of residual radiation and Fallout simply adds more time needed to avoid such effects. On average (and using the bomb yields of The Era), 100 years was seen as a more accurate figure needed to survive long tern effects, Re-entering a saturated environment after 6-months may have been survivable, but only for a slightly longer period.

In short Fallout Shelters were simply a form of ''mental blanket'' offered to a populace scared and weary of the constant threat of Nuclear War in the 1950s thru 1970s. In time, many of these structures would be demolished as the real survival probability became more and more known. Some examples are still maintained (both Private and Public). 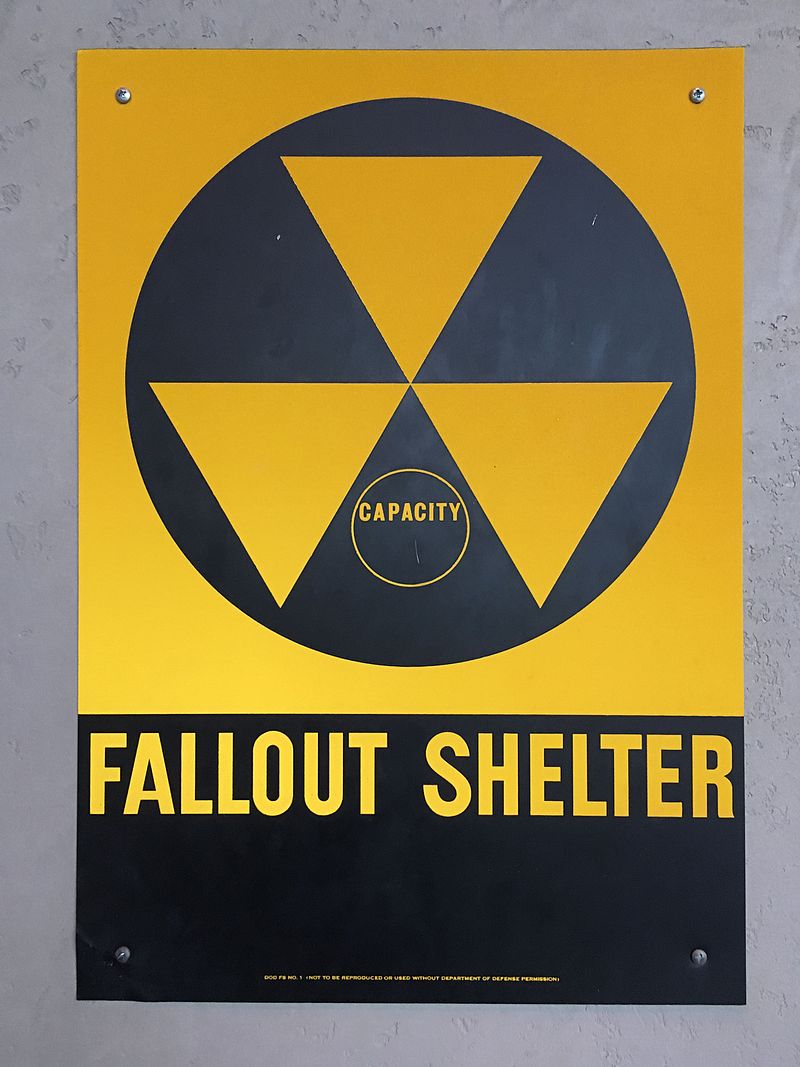