Castle Quote
Did I say that I could do with a drink?
Old Man
Stronghold 3
Site Search
Game Navigation
Latest Gallery Images

Located in Jasenov, Slovakia – Jasenov Castle was built on a 1,200 foot limestone bedrock in the 13th Century. Classified as a Hilltop Castle, the castle served as Residence for Noble Families. Originally featuring a semi-squared Perimeter defensive wall (5 feet thick in some places), Jasenov Castle had 3 Defensive Turret Towers (2 small and 1 Horseshoe shaped). The castle has some interior support structures for the inhabitants. The fortress had a Fortified Manor House (attached to the far rear of the Courtyard). Access into Jasenov was via a Gatehouse (single). Once controlled by Charles I (Hungary), Jansenov was besieged in 1644. It was destroyed (Hapsburg Uprising). Unoccupied until the 19th Century, some renovations were done. By World War I however, work was stopped. Recent renovations (2010) are still underway. 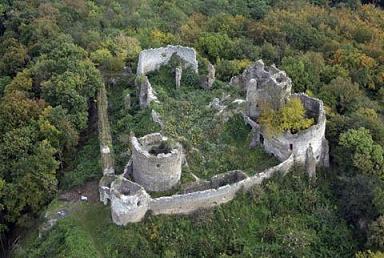