''Peregrinus'' was a 1st Century AD Roman term to denote any Person within a Roman Province that was Free (not a Slave), yet not a Roman Citizen by birth or marriage. It's translation, meaning ''Foreigner from abroad), crated problems in some facets of Roman Law. While not a Citizen, a Peregrinus was seen outside of said Law (which was not otherwise binding). The condition would persist until 212 AD, When The Empire declared all Provincial Citizens ''Roman'' and thus under Roman Law (as well as being eligible for all benefits of being One). 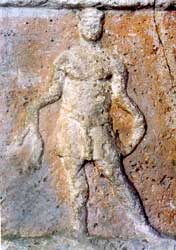