Meaning ''bare or naked'', The Gymnitae were originally Soldiers in Ancient Greece who fought just that way – nude or almost such. They were used as skirmishers and Ranged weapons Troops (mostly Slings). By the 5th Century AD under Rome, The Gymnitae were afford a form of Tunica and Bracae (Trousers). Other than Helmet (Conical), they used no armor or mail. They were issued Shield, Spear and Short Sword. Their primary deployment was solely as Melee Forces – as seen as ''expendable''. 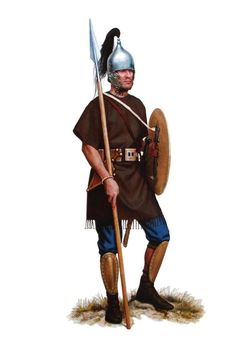