Born in The State of New York in 1801, John Butterfield came from a ''moderate'' Home. Having only a rudimentary education, John would take to The Staging Business (working cargo which was destined to be shipped via Vessels from one part of The Country to the other). Whereas overland crossing only extended as far as Missouri, Ships were used to circumnavigate World. It would often take many months for good to reach The Western Coast of The Country. John saved His money and began to purchase Land Lines of Cargo Wagons, owning as many as 40 at one point. He shipped goods throughout The East Coast and into The South.

With the establishment of The Pony Express in the 1850s, Butterfield saw an opportunity. He could mass produce (through outsourcing) Overland Stages and run them Westward, using Express Stations as ''Half-way'' points. While these Stations were often nothing more that Shacks with wells for water, John felt that by building a larger concern (to handle mail and freight(, He could also sell food and possibly lodging concerns as well.

John established The Butterfield Stage Company in 1849. With Headquarters in New York, His Stages began to stretch out Westward. He hired ''Special Messengers and Guards'' to protect the carrying of mail and later money shipments. Companies in The East all wanted to sign on to The Butterfield Stage Lines for delivery. John borrowed more and more capital to grow the Stage Lines. One of these Banks was The Wells and Fargo Company (who loaned Butterfield a huge sum).

Although never made entirely clear, it is assumed that the Wells-Fargo Company ''called in'' the massive debt. Unable to raise the cash capital, John was forced to sell The Butterfield Stage Company to Wells-Fargo, to forgive the debt. This allowed John to concentrate his endeavors on another of His Companies...The American Express Company. One that would grow into a major Financial Backer and Credit Provider in The World today. Wells-Fargo would take over The Stages, removing The Butterfield name in lieu of theirs ''The Wells-Fargo Stage Company''. 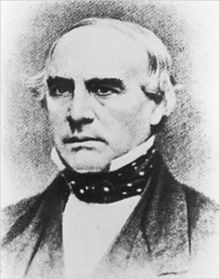