Born in The US State of Arkansas in 1861, James Miller was the Son of a Stonemason. He had Brothers and Sisters and by all accounts, The Miller Home was a typical mid-19th Century one. When 3 years old, Miller's Father died – so His Mother (with Children), moved to Texas to live with Her Parents. Although unknown at the time regarding Miller's personality, in 1869 His Grand-parents were found murdered. Jim was questioned ''with vigor'' by local Law Enforcement – but not arrested. In 1884, Miller got into an argument with His Sister's Husband. He shot the man to death. Arrested, tried and convicted – Miller was originally given a ''life sentence''. A technicality found by His Lawyer got Miller ''off''.

Miller got a job as a Farm Hand. When various Persons from Town were found robbed and killed by a shotgun blast (Miller's ''signature'', as it were), Miller was sought. Making His way to The Texas-Mexico Border, Miller was reputed to have opened a Saloon. He even was given a position as Town Sheriff for a time. Miller (as a Sheriff), earned a reputation for ''liking'' to kill Mexicans taken Prisoner. His excuse.... ''they were trying to escape''.

In 1891, Miller married. He was known for the wearing of a long black Frock Coat (possibly a Duster), which He wore all year long (regardless of the weather). He was reputed to have gotten into a feud with a neighboring Town Sheriff, ambushing Him with a Shotgun. He was arrested by Texas Rangers in 1894, but again (owing to His luck) – Miller was acquitted. He would again get into yet another ''scrape'' (this time with a Lawman who may have been trying to ''settle a grudge'' for Miller's murder of the earlier Sheriff). Shot near His groin and abdomen, it was a sure thing Miller would die. When The Doctor removed Miller's Duster, it was found that He was wearing a homemade bullet-proof armor plate. Kit saved His life.

Despite His reputation, Miller was hired as a Texas Ranger in 1900. Miller began to ''hire out'' His status as Lawman in the guise of professional assassin. In this ''career'' He may have killed (for Bounty), as many as 10 men (all Outlaws, but untried as such). Miller would further earn a spot in infamous History as being the main culprit for killing legendary Lawman, Pat Garrett (killer of Billy The Kid). This is still in dispute by many Historians.

Eventually arrested again in Oklahoma around 1909 (no longer a Ranger by this time), Miller was convicted for several killings (and blamed for many more), He was scheduled to hang. However, a Vigilante Group of 40 Townspeople stormed The Jail. Taking Miller to The Gallows, a rope was placed around His neck. Rather than allow the lynching, Miller reputedly said to The Crowd ''Let Her Rip''.. and jumped off the platform, breaking His own neck. Photos of His body were widely sold. 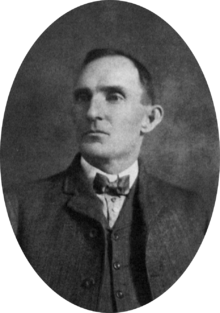