Widely accepted as perhaps the first Hispanic-American Western ''Anti-Hero'', Elfego Baca was born in New Mexico in 1865. His Family moved to Kansas while He was young. Baca's desire was always to be a Lawman. However, Hispanic-Americas were at the time not looked upon with any great favor, so His chances were seen as slim. Baca acquired some skill with a Gun at an early age, and was considered ''quite fast''. After His Mother died in 1880, Baca set out from Kansas and went back to ''The Badlands'' (New Mexico). There He began to ''make His Name'' as a Gunfighter. His fame would grow with an incident in 1884. Defending Himself in a Saloon fight in Reserve, New Mexico – His Opponent (a White Cowboy), tried to get the ''drop'' on Baca – who shot Him dead ''fair and square''.

However, The Cowboys' friends said that Baca shot their friend down in ''cold blood''. Fearing being arrested and hung regardless, Baca fled The Saloon and went to his Home, a rude wooden Cabin. A Posse was formed, of which many were friends of the slain Cowboy. Outnumbered 3 to 1, Baca tried to reason with The Posse. Unfortunately, a Gunfight erupted. Running low on ammunition, Baca emerged from His front door and standing His ground, shot and killed the remaining 10 Gunmen. He then went to town and turned Himself in to The Territorial Marshal. At His Trial, Baca was found innocent of the killings and released.

Ending up in The Town of Soccoro, New Mexico – Baca ''became'' Sheriff. This was a feat for a Hispanic-American Man. Some Historians cite that the Town was so lawless, that virtually anyone who wanted the job could have it. There is no historical proof of a Town vote for Baca. He may have simply purchased His badge and ''started work''. Baca became a hit with the Towns people – cleaning up The Town within months. Later, in 1888, Baca would be appointed Federal Territorial Marshal (another first). Baca began to self-study Law and in 1895, passed His Bar examinations. He practiced Law from 1902 to 1904.

Baca tried a run for Congress in 1912, but was defeated. Regardless, He still worked with many New Mexican State Governors, and helped passed many Laws to protect Hispanic-Americans. He died in 1936 in New Mexico – a well respected Man, and Hero figure to many Hispanic-Americans for generations. 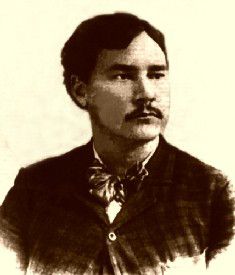