The Flag of The ''Territory of Scott''

Not all Southerner's were supporters of The Confederacy. These ''Southern Unionists'', while few and far between, these ''Union Loyalists'' found a variety of ways to maintain their former Federal alliances. Many would go North and join Union Army Regiments. One interesting story of such, was a lone Northeastern Tennessee Region, called Scott County. When the majority of The State of Tennessee decided to leave The Union and join The Confederacy in 1861, Scott County refused. They in essence seceded from The Confederacy. A formal County Charter was prepared, voted upon and signed.

The ''running political joke'' would last until 1986, when a formal ceremony to ''re-admit'' Scott County was held. From 1861 until that time, Scott County flew a 34-Star US National Flag – the last US Flag used before The Civil War. 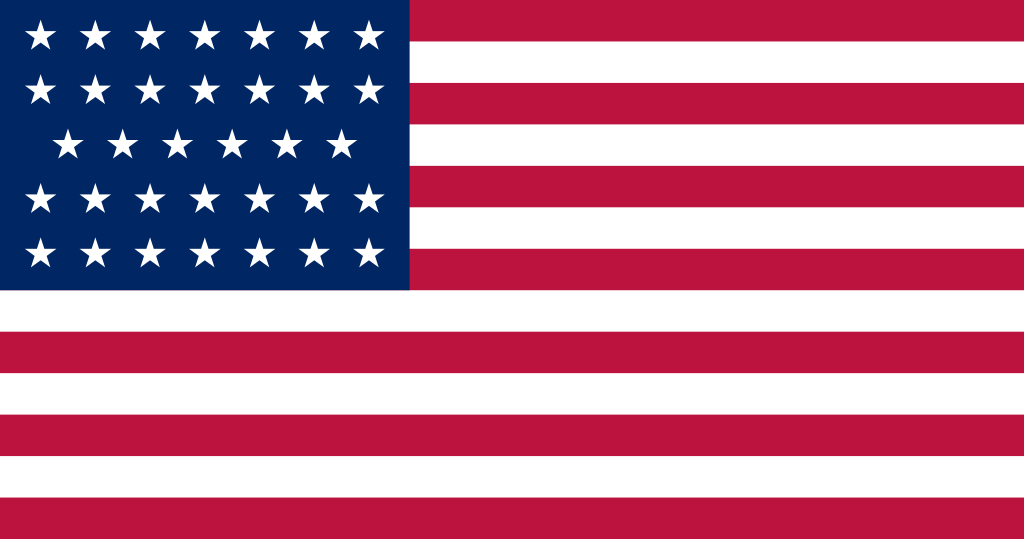