Formed in 1861 in Corinth, Mississippi – The 17th Infantry Regiment was raised in support of The Confederate states of American, during The Civil War (1861-1865). They number (6) Companies – totaling (600) Officers and Men. Once formed, The Regiment was detailed to serve with The army of Northern Virginia. They fought all of their engagements of The War with this Formation. The 17th fought at 1st Bull Run and Fredericksburg. They would further participate in most of the battle of The Eastern Theater with General Lee and His Army. It was at Gettysburg, Pennsylvania (1863) – that The 17th saw their bloodiest days. Over 48% of The Regiment was lost. Reformed with scarcely (200) men, they would continue to fight all the way to their surrender at Appomattox Court House in 1865. Only (65) Officers and Men would survive. 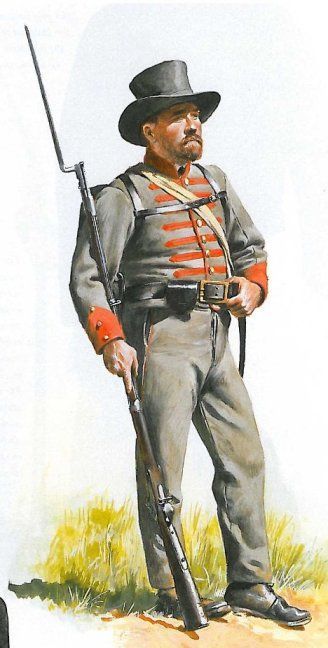